Zombicide is a collaborative game in which players take the role of a survivor - each with unique abilities - and harness both their skills and the power of teamwork against the hordes of unthinking undead!

Zombies are predictable, stupid but deadly, controlled by simple rules and a deck of cards. Unfortunately for you, there are a LOT more zombies than you have bullets.

Play ten scenarios on different maps made from the included modular map tiles, download new scenarios from the designer's website, or create your own!

This is just a great game for zombie lovers! Zombicide is a cooperative game where players face hordes of Zombies controlled by the game itself. Each player controls one, two, three, or four Survivors of a Zombie infection. The goal is simply to complete the Mission objectives and live to see another day.

The good news: Zombies are slow, stupid, and predictable. The bad news: there are a lot of Zombies!

Survivors use whatever they can get their hands on to kill Zombies. If they find bigger weapons, they can kill even more Zombies! â€¦

Starting with whoever holds the "first player" token, each player activates his Survivors one after the other, in the order of his choice. Each Survivor can execute three Actions at the Blue Danger Level. This is increased to four when the Survivor reaches the Yellow Danger Level.

Some Survivors have a free Action at the Blue Danger Level. Any free Actions do not count toward this total.

Example: On her turn, Amy uses her free Move Action. She still has her basic three Actions of the turn remaining. â€¦

Once the players have activated all their Survivors, the Zombies play. Nobody takes their role; they do it themselves, performing the following steps in order:

Each Zombie activates and spends its Action on either an Attack or a Move, depending on its situation. First resolve all the Attacks, then all the Moves, but each Zombie only performs one or the other with a single Action.

Each Zombie in the same Zone as a Survivor performs an Attack. A Zombie's Attack is always successful and does not require any dice rolls. â€¦ When a Survivor dice as the Dice used. If the active Survivor has two identical weapons with the Dual symbol equipped in hand, he can use both weapons at the same time at the cost of a single Combat Action. Both weapons must be aimed at the same Zone.

Examples: Doug has two Sub MGs in his hands. The Sub MG has the Dual symbol, so Doug can shoot them both with a single Action. This allows him to roll six dice in a single roll, as the Sub MG has a Dice number of 3! â€¦

The following pages contain a Tutorial Mission to help get you acquainted with the game and ten Missions to thoroughly put your Zombicide survival to the test! You can play these Missions in sequence, or you can tackle whichever one suits you best at the time, given that they vary greatly in style, size, difficulty, and play time.

We were with some friends when the first siren began to wail, quickly followed by countless others. In less than an hour, everything changed. The television and the radio announced horrible news. â€¦ 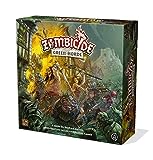 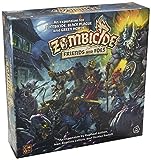 Watch It Played - Come LEARN and PLAY Zombicide with us!

Zombicide - Play Through, by Watch It Played