The Lord of The Rings


Many expert players like to reduce the role of luck in the game. Feel free to use any or all of these rules variations to add skill (and length) to Risk games:

Instead of increasing the value of each matched set as stated in the rules, increase its value by only one.

At the end of your turn, you may move armies from one or more territories to any number of your other territories.

However, before you can do this, you must occupy all the territories in between.

Example: If you want to move armies from South Africa into Brazil, you must first occupy the Congo and North Africa, thus forming a continuous path.

Cap on Armies per territory

During the game, you may not have more than 12 armies on a single territory.

If because of this rule, you are unable to place some armies, then you will loose those armies.

You won't get a continent bonus if you seized control over a continent.

You win this variant also When you seized control over more than half the territories on the board.

Once per turn (while attacking) you may change one of the dice you've just rolled so that the number "6" is showing.

This represents the influence of your "Commander" at the scene of the battle.

Reserve one color for the Barbarians. After all players finished their turn, draw a card from the deck and place 3 Barbarian armies on this territory. They will attack until conquer the territory or get destroyed.

The next turn, you repeat the procedure (draw a card and let again attack 3 troops). If the Barbarian player already owned territories, then place one extra army on them to help to defend the place.

When a territory is attacked, the defending player has the option after the first round (if he has still armies left) to retreat into an adjacent territory held by this player.

Any army can attack any other territory even when they are not adjacent. If the attacker breaks off the attack, the armies return to their orignal location.

Variants on this variant include limiting each player to one single airlift attack per turn or that the player must hold the card for the target territory.

Each player has a certain continental background (Europe, Asia, North America). The player can ask the armies on the continent living there to revolt. Two ore more players may choose the same continent.

At the start of any turn, a player may choose to use a card to activate a revolt instead of attacking in that turn. The card must have the name of any territory on his continent.

All player receive 20 armies (25 if there are two or three players). The players draw also 5 territories and place their armies on them (one at the time in cycles).

The remaining territories are neutral and get 3 armies to defend but never attack.

Now all players are dealt again 5 territories (that don't match the ones that already occupy). The first player who can take and hold their 5 target territories win the game.

During the first 5 rounds, the defender can roll an extra die (even if this means 3 dice) when there is a combat acros any sea-lane. This rule makes continents easier to hold.

Only the "kill" missions are used and dealt to players. If some player gets his own color the cards are return, shuffled and dealt again, until a successful deal is made. So, all players have to kill other players. You don't have to finish off your victim yourself. As soon when a player is eliminated, somebody has won.

Each player choose a capital city. To reinforce a territory there must be a continuous line of territories from your capital. It's allowed to move the capital one territory per turn.

When the capital is defeated, the player can choose a new capital.

Two new overseas borders are added, to connect Madagascar to Western Australia and Eastern Australia to Peru. The continental bonus for South America and Australia are raised to 3 and for Africa to 4, to reflect the increase in borders. 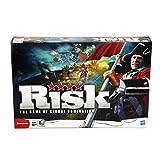 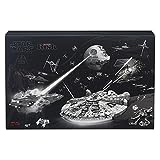