Published by: Wizards of the Coast

Magic: The Gathering is a collectible card game of strategy, skill, cool cards and dueling wizards. As a player, you have to use your cards to fight battles with orcs, elves, dragons, serpents, etc. to see who is the strongest wizard. This is the grandfather of the collectible card game (or CCG) genre.

The original concept of the game was derived from traditional fantasy role-playing games, the gameplay of Magic: The Gathering has little similarity to pencil-and-paper adventure games. This comes because of the many cards and the more complex rules than many other card games.

Every game represents a battle between wizards (planeswalkers), who can employ spells or artifacts and creatures depicted on individual Magic cards.

The game can be played by two or more players in various formats. Usually you use a deck of minimum 60 cards. There exist over 170000 different Magic cards and they all have strange powers and can change the way the game is played.

As a player, you have to balance out your cards and think about combos to win your opponent. The first player to reduce his opponents to 0 life wins the game. But you can also set another win condition if you want.

The cards are divided into different types that you can use against your opponent:

The players draw spells at random to see what they get and can play each turn. This maybe limits the options, but there is still a lot of strategy in how you play those spells.

On most basic level, a player on his turn must draw a new card, play one land card if he has one, and then cast spell cards from his hand. Those spells have a condition. To play them, the symbols in the upper right tell you what you need to have.

Magic: The Gathering is a game of discovery and testing. You have to put a bunch of cards to together and see how they work together. You might have to make tweaks to balance your deck.

The magic cards are categorized as common, uncommon, rare, and mythic rare. There exist also a secondary market for Magic cards. You can buy or trade magic cards here. Certain mythic rare cards can be valuable over 1000 dollars.

MTG is traditional a 2 player game, but there exist formats (often played at tournaments) that allow more players to play. There are approximately 20 million players at the moment.

Magic: The Gathering was created by Richard Garfield and first published in 1993 by Wizards of the Coast. The first version (the "Alpha" set) consisted of 295 cards. You start the game with 20 life.

Roll dice (or flip a coin) to see which player gets to choose who goes first. Whoever goes first skips the first draw step (that player doesn't get to draw a card). If you've just played a game, the loser of that game decides who goes first. … There are six types of Magic cards:

Artifacts are colorless permanents that represent magical objects. You can play artifacts only during your main phases when the stack is empty.

(You'll learn about phases and the stack later).

A card with "Artifact - Equipment" on its type line represents a weapon, armor, or other item your creatures can use.

Once an Equipment is in play, you can pay to attach it to a creature you control or to move it from one of your creatures to another. … Some creatures have abilities that aren't fully explained on the cards. Most of these have reminder text that gives you a brief description of the ability's effect. Here are full explanations of the most common creature abilities:

A creature with fear can't be blocked except by artifact creatures and/or black creatures. Fear only matters when the creature with the ability is attacking.

Getting Better in Magic: The Gathering

Magic: The Gathering is not just a good game. It's not even just a great game. It's an institution that didn't just kick-start a new generation of card games - Trading Card Games (TCGs) or Collectible Card Games (CCGs) - but has seen its influence extend everywhere from board games to the Metal Gear series. Just as importantly, even putting aside all the innovative mechanics and strategic depth, a vibrant, worldwide community has grown up around Magic.

The game is currently printed in 11 languages, the tournament scene spans the globe, and community sites have sprung up in every corner of the world. Now this means two things: one, getting into Magic can mean finding new friends and stable playing groups from your home town to the other side of the world, and two, getting into Magic can be... a little daunting. The game has a dizzying amount of history and an intimidating back catalogue, but the good thing is, if you're just getting into the game, you don't need to worry about any of that! …

Commander 2016 MTG Magic The Gathering SET OF ALL 5 DECKS 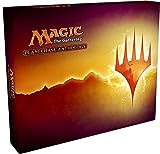 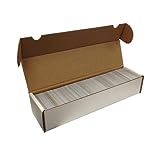 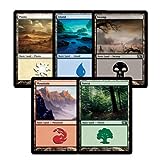 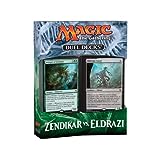 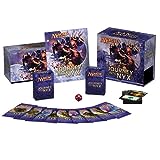 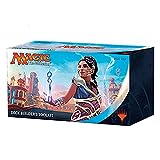 Magic: the Gathering Chandra and Nissa Planeswalker Deck of Cards 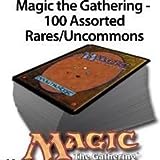 Machinima Game Night - Magic: The Gathering Arena of the Planeswalkers

Inside The Deck: The Magic Collector

Inside The Deck: Drafting Tips and Commander Previews