Forbidden Stars is a hand-management board game of galactic warfare set in the Warhammer 40,000 universe. Two to four players command the Space Marines, Orks, Eldar, or Chaos Space Marines.

Each faction seeks to reclaim ancient relics of the Herakon Cluster and sites of power that are vital to their survival. To accomplish this, they must bluff your opponents, harvest resources, build massive armies, upgrade their forces, and conquer the worlds of the long-lost Herakon Cluster.

Each round has 3 phases and unique actions can be taken during them. Players should maximize their faction's strenghts (unique armies and play styles) and exploit their opponent's weaknesses to claim their objectives and finally win this game. Before starting a game of Forbidden Stars, players must perform the following setup steps:

Each faction has two tokens for each of the four orders. When a player resolves an order during the Operations Phase, the system tile on which the order was placed is the active system.

This section describes how players resolve each of the four orders.

Players use Deploy Orders to place new units and structures on the game board. To resolve a Deploy Order, the active player follows these two steps in order:

After a player moves units using an Advance Order, he must resolve a combat if he has units on an area containing both friendly and enemy units or structures (i.e., a contested area).

During combat, the player resolving the Advance Order is the attacker and the other player is the defender.

Combat in Forbidden Stars uses a combination of both dice and cards. Players begin the combat by rolling a number of dice based on their units' combat values. Then, they play combat cards to trigger special abilities and gain combat icons, dice, and combat tokens. The player with the most morale () at the end of the combat is the winner and his opponent must retreat his units. â€¦

Belle of the Ball

Chaos In The Old World: The Horned Rat Expansion 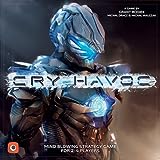 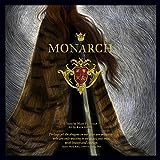