A Game of Thrones Fan Site

A Game of Thrones is a strategy board game in the world of the epic fantasy TV series. King Robert Baratheon is dead and the lands of Westeros brace for battle and the Throne.

All Players control one of six Great Houses seeking dominance over the lands of Westeros. Each House, from honorable Stark in the north to wealthy Lannister in the West, is provided a limited number of tokens, cards and units like footmen, knights, siege engines and ship units. Each house has their own strengths and weaknesses, so players must marshal their forces different.

It's an epic boardgame that requires more than military might to win. Only by mustering armies, raiding, conquering territory and forming alliances, each House can claim to control the most Castles and Strongholds.

At the end of the 10th game round, the House that controls the most areas containing either a Castle or Stronghold is declared the winner and can ultimately claim the Iron Throne. But if during the game, a player controls seven such areas, that player immediately wins. Before playing the game, perform the following steps in order:

Combat in Game of Thrones

Whenever a player marches one or more of his units into an area containing units from another House, combat ensues.

The following elements can contribute to Combat Strength:

Orders in Game of Thrones

Raid Orders represent aggressive incursions and pillaging of enemy lands. They aim to disrupt enemy plans and drain him of precious resources.

A Raid Order is resolved during the first step of the Action Phase by expending itself to remove one adjacent enemy Support, Consolidate Power, or Raid Order.

March Orders represent the movement of troops and ships across the lands and seas of Westeros. Only by assigning March Orders to units on the game board, can players take control of new areas and engage opponents in combat. …

In the icy north, an army of barbaric wildlings gather to descend upon the continent of Westeros. The ancient order of the Night's Watch protects the massive Wall that defends against these (and even more insidious) dangers. Yet the strength of the Night's Watch will fail without the support of the great Houses.

In A Game of Thrones: the Board Game there are two events during the Westeros Phase which cause the wildlings to attack. They are:

Controlling Areas in Game of Thrones

A House is said to control a land area when it has at least one Footman, Knight, or Siege Engine in the area, or has previously established control in that area by placing a Power token there.

Establishing Control Of An Area

If a player vacates a land area with all of his units, he stands to lose any benefit gained from controlling that area unless he chooses to establish control.

When a House vacates a land area (i.e., all its units leave during a March Order) the House may elect to establish control by placing a Power token from its available power in the vacated area (a House can never establish control over a sea area). Once placed on the game board, this Power token represents the support of local nobles as well as investments in guards, tax collectors, and bureaucrats loyal to the controlling House. …

Ports in Game of Thrones

Ports function as a special area between the land and sea area they connect. Only the player controlling the connected land area may use the connected Port and is considered the Port's "owner".

Port areas may only be occupied by Ship units. Multiple Ship units occupying a Port are considered an army and must be in compliance with supply limits. In addition to normal army restrictions, a Port may never contain more than three Ship units at one time. …

Neutral Force tokens represent the resistance of independent houses unwilling to submit to the machinations of the players. Neutral forces are placed on the board during setup.

In order to destroy a Neutral Force and gain control of its area, a marching player must equal or exceed the strength value printed on the Neutral Force token by the combination of Combat Strength factors listed below: …

The Houses of Westeros

During the time of A Song of Ice and Fire in which A Game of Thrones: The Board Game is set, the following Houses are the principal players in the struggle for the Iron Throne.

A reclusive family with honorable traditions that has been reluctantly pulled into the game of thrones.

House Greyjoy "We Do Not Sow"

Nurturing wounds from its failed rebellion, this bitter clan has bided its time to once more launch its longships upon the western coasts of Westeros. …

A Game of Thrones: The Board Game: A Dance With Dragons 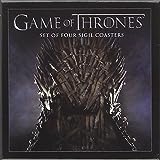 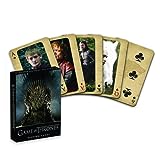 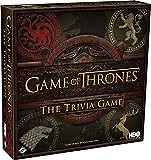 Game of Thrones: The Trivia Game

A Game of Thrones LCG 2nd Edition: Calm Over Westeros Board Game

Dragonwood A Game of Dice & Daring Board Game

Risk: Game of Thrones Board Game 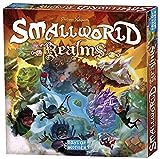 Defenders of The Realm

A Game of Thrones: The Board Game (2nd Edition) Complete Tutorial

AVRAW #107: A Game of Thrones: The Board Game (second edition) - A Westeros where *SPOILER* doesn't have to get their head chopped off

Game of Thrones: The Board Game 6 Player Playthrough

Drakkenstrike's A Game of Thrones: The Board Game Components Breakdown Video Review in HD A Game of Thrones: The Board Game: A Dance With Dragons