Cyclades is a game of auction, area control. It's a unique wargame about winning the favor of the gods to help you to get control of the Cyclades, a group of islands in the Aegean Sea. There are 6 gods in the game (Zeus, Poseidon, Ares, Athena and Apollo) and you best pay homage to each of them for the favors of the gods.

You must bid wisely to get the favors of the right god at the right time and keep your opponents from getting the actions they need.

The aim of the game is to have two metropolises by building a fortress, a port, a university and a temple or recruiting four philosophers. Demonstrate the supremacy of your parent city by being the first player to have 2 Metropolises at the end of a cycle.

Each player gets the items of his color which he places in front of his screen visible to all, and 5 GP which he hides behind his screen. â€¦

A. Call one or more Mythological Creatures

By paying the cost indicated under the card (2, 3 or 4 GP minus any cost reductions due to Temples) the player can take the corresponding Creature card and apply the indicated effect.

Once the power is used, the card is placed face-up in the discard pile.

The powers of the Creatures must be used immediately. A player cannot keep a Creature he just bought in order to use it later. The power of each Creature and the use of the 5 Creature figurines are explained on the 4-page reference booklet contained in the box. â€¦ In the Cyclades archipelago, tension has reached a boiling point. The conflict is now focused mainly on two large neighboring islands. With the help of the Gods, there are now 6 great cities of ancient Greece fighting for supremacy.

Now, more than ever, the war is raging. And on top of all that, Kronos decided to join the party, and with him comes a horde of Titans, ready to anihilate everything in their path...

In order to play the Titans expansion, you need to have the Cyclades base game. â€¦ The Cyclades are currently at peace, but the sound of furious battles still echoes in our memories. Is this a long lasting peace or nothing but a short truce? There are whispers that Hades will soon return, bringing his undead phalanxes and ghost ships...

Every city-state will need to demonstrate their skills at recruiting powerful heroes and gaining the favor of all the gods of Olympus, even terrifying Hades, to extend its supremacy over his opponents...

The contents of this box cannot be played alone. You need to have the original Cyclades Game to enjoy them. â€¦ To honor the gods, the peoples of the Cyclades erect monuments to their glory. Divine boons will be granted to those bold enough to build those colossal structures... or to seize them through conquest.

Before the game starts, randomly draw a number of Monument cards equal to the number of players. Place them face-up next to the game board. These are the only Monuments that players can build during the course of the game. Take the corresponding miniatures and return the other ones to the box with all the unused Monuments cards. â€¦ 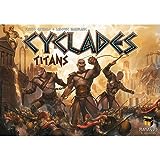 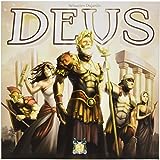 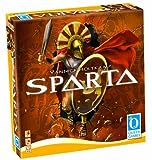