The galaxy has been a peaceful place for many years. After the ruthless Terran-Hegemony War (30.027-33.364), much effort has been employed by all major spacefaring species to prevent the terrifying events from repeating themselves.

The Galactic Council was formed to enforce precious peace, and it has taken many courageous efforts to prevent the escalation of malicious acts. Nevertheless, tension and discord are growing among the seven major species and in the Council itself.

Old alliances are shattering, and hasty diplomatic treaties are made in secrecy. A confrontation of the superpowers seems inevitable - only the outcome of the galactic conflict remains to be seen. Which faction will emerge victorious and lead the galaxy under its rule?

A game of Eclipse places you in control of a vast interstellar civilization, competing for success with its rivals. You will explore new star systems, research technologies, and build spaceships to wage war with.

There are many potential paths to victory, so you need to plan your strategy according to the strengths and weaknesses of your species, while paying attention to the other civilizations' endeavors.

The shadows of the great civilizations are about to eclipse the galaxy. Lead your people to victory!

Set the Ship Part Tiles 1 and the Round Marker 2 on the Supply Board 3. Put the Technology Tiles in the bag and shuffle them. Draw random Technology Tiles (according to the number of players) from the bag and set them on their spots 4 on the Research Tracks. Set similar tiles on top of each other. â€¦

Explore action lets your civilization explore the uncharted regions of the galaxy.

Choose one of the unexplored spaces next to a hex where you have a Ship or an Influence Disc and turn a hex tile from the corresponding stack (I, II or III) in it. If you Explore from a hex with only a Ship, it must not be "pinned".

Show the hex tile and choose to either place or discard it. If you discard the tile, your turn ends immediately. Discards are placed face up. If you decide to place the tile, the following restrictions apply: â€¦

In the Combat Phase, battles are resolved. A battle will take place if a hex is occupied by more than one party (a party being either a player, the Ancients or the GCDS).

If there is a battle in more than one hex, the battles are resolved in descending numerical order of the hexes (printed on one corner of each hex). The Center hex has the lowest number and will thus always be resolved last.

If a hex contains more than two parties, battles are first resolved among the players' Ships with the sole surviving player then engaging the Ancients or the GCDS in battle. â€¦

Excerpts from the Archive of History, Library of the Galactic Center

Epsilon Eridani, the capital system of the Empire in its heyday, was a sight yet unrivalled: whole moons some records claim even planets were shaped to celebrate the might and wisdom of the Forever Emperor.

Their wealth was beyond anything ever documented. Yet, after surviving through what they call the Silent Era, the Empire has been reduced to rubble.

The resources of the capital system have been depleted and most of their power disintegrated, yet the Heirs have not given up hope. The new dawn may rise in the uncharted systems. â€¦

Although the species is still known as the Terrans, its different factions have long since left their home system and now call new, distant systems their home.

After the wormhole drive technology was discovered, the six main factions set out to colonize the nearby systems, leaving the ruined and dying home planet behind. The Terrans have proven to be a surprisingly adaptable and versatile species.

After surviving the near-disastrous First Contact and the subsequent war with the species they named the Hegemony, they have made rather steady development and are now more or less unanimously regarded as a reliable member of the Galactic Council. â€¦ 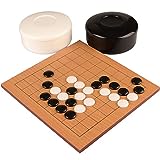 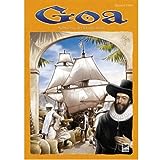