It is a period of civil war. The galaxy's star systems are dominated by the crushing might of the Galactic Empire. Its dreaded Star Destroyers have terrified countless worlds into submission. Despite this threat, a small but determined Rebel Alliance has formed to oppose the Empire.

From hidden bases, Rebel commanders lead fleets on daring raids to defend against the threats of bombardment and blockade. Massive starships and swarming fighter squadrons clash in fearsome battles across the galaxy.

Massive Star Destroyers fly to battle against Rebel corvettes and frigates. Banks of turbolasers unleash torrential volleys of fire against squadrons of X-wing and Ties. Engineering teams race to route additional power to failing shields. Laser blasts and explosions flare across the battlefield. Even a single ship can change the tide of battle.

In Star Wars: Armada, you assume the role of fleet admiral, serving with either the Imperial Navy or Rebel Alliance. You assemble your fleet and engage the enemy.

Using the game's unique maneuver tool, you steer your capital ships across the battlefield, even while squadrons of starfighters buzz around them. Then, as these ships exchange fire, it's your job to issue the tactical commands that will decide the course of battle and, perhaps, the fate of the galaxy.

Maneuver Tool The maneuver tool is one of the game's most innovative features and adds a unique feel to the way your capital ships must accommodate for inertia as they maneuver through the stars.

It consists of a number of segments linked with hinges, which is used to plot the ship's course. More nimble ships are allowed to turn the ship further at each hinge.

Capital ships are extremely powerful war machines, but they're also massive and sophisticated vessels that can't swiftly react to every development in the heat of battle. Accordingly, the key to flying these vessels effectively is learning how to plan ahead. You want to issue your commands in such a way that your crews will be ready to execute them at just the right times.

Each of your pre-painted capital ships has a command value, which determines how many commands it will have in its stack at any given point in time. During setup, you secretly build your initial command stack, selecting from any of four different commands, each of which provides a different advantage. Once you have locked your selections, you place the commands in your stack in the order of your choice.

Then, during each round of game play, you secretly select and assign a new command to your ship, placing it at the bottom of your command stack, before you reveal the command at the top of your stack and gain its benefits. Star Wars: Armada is a competitive game of space warfare for two players. In each game, players take on the roles of Rebel and Imperial admirals, directing their fleets and countless weapons into explosive conflict. The victorious admiral will send the fiery remnants of his opponent's fleet limping into hyperspace to beg forgiveness for their failure.

For Your First Game

For the first game of Star Wars: Armada, players are encouraged to play the learning scenario. This scenario is designed for new players to quickly set up and play a game using only the essential components and rules. â€¦

This section describes all other rules needed to play the learning scenario.

Commands enhance a ship's power, giving it additional capability. The effect of each command depends on whether a player spends a command dial or a command token. Each command effect is described below.

When a ship is determining course for movement, it may spend its command dial to increase or decrease its speed by one. This is the main way that a ship changes its speed. Also, it may adjust one joint by one click more than the speed chart normally allows. The minimum speed for all ships is "0", and the maximum speed is indicated on the speed chart. â€¦

After playing the learning scenario, players are ready to learn the rest of the core rules needed to play a full game of Star Wars: Armada. This includes using obstacles, building fleets, and using objectives.

Line Of Sight And Obstruction

When a ship or squadron attacks, it must trace line of sight from itself to its target. Squadrons and ships have different points from which line of sight is determined, as follows:

Squadron: When tracing line of sight to or from a squadron, trace the line using the point on the squadron's base that is closest to the opposing squadron or hull zone. â€¦

Once players are comfortable with the rules of the game, they should use the complete setup rules. To do so, proceed through the following steps in order: 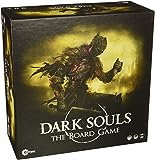 Dark Souls: The Board Game 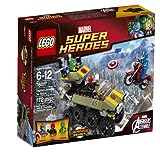 What to Buy Next on a Budget - Imperial Edition

How to Play Armada - An In-Depth Tutorial - Part 1