Power up the cubes: Line up the cubes on a flat surface with their sides touching and the SIMON Flash name facing you.

Press and hold the top of each cube to power it up. The cubes will flash the Game Menu in red, yellow, blue, then green.

The cubes "talk" to each other when lined up side-by-side, so they know where you're placing them and when you've solved a puzzle! As you play, make sure to line up the cubes in a straight line so their entire sides are touching.

In Game Menu mode, the cubes flash red, yellow, blue, then green. To choose one of the four games, briefly press any cube. To return to the menu at any time, press and hold any cube until it beeps.

Solve each puzzle by lining up the colors in their original order.

You'll score one point for each puzzle you solved. Count your score as follows:

For example: if you scored 26 points, all cubes will flash red twice, then the red cube will flash six times.

Solve each puzzle by lining up the cubes so that all of the lights turn off.

You've found the "lights out" position for one cube. Leave it in position 3 as you shuffle the other cubes.

You'll score one point for each puzzle you solved. The yellow cube will flash once for each point you scored.

Always Line Up The Cubes This Way:

Solve each puzzle by placing the cubes in the only possible order for which all four show the same color. That color remains a secret until you solve the puzzle!

Two cubes are green. You switch the other two, and...

If they also turn green, you've solved the puzzle! If not... well, keep shuffling!

You'll score one point for each puzzle you solved. The blue cube will flash once for each point you scored.

In this game that's based on classic SIMON, your challenge is to correctly repeat a longer and longer sequence of colors.

Using the Game Case: You don't shuffle the cubes in this game, you press them - so you'll need to use the game case to keep them together.

(You can use only the top or bottom of the case if you wish).

Just make sure the cubes are lined up with the game names facing you.

After the game ends, the last sequence will be repeated. Count the beeps to get your score.

Line up the cubes with their sides touching, then press and hold any cube to power them all down. (You can also power down each cube individually). To start the game up again within 30 seconds, just press and hold one cube.

The game will automatically power down after three minutes of nonuse.

Store your cubes in the handy portable game case.

All four games are also great for competitive play! Just pass the cubes to another player after completing a game. Keep track of your scores, and when everyone's had a chance to play, the highest score wins!

Press and hold the two end cubes to turn the sound off or on. (New players will find it easier to play with the sound on). 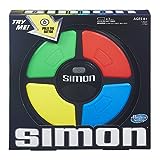 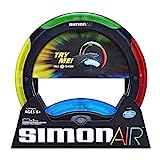 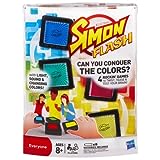