Over 35 years ago, Milton Bradley released BATTLESHIP. "You sunk my battleship!" could be heard during Saturday morning commercials.

Using an aggressive advertising campaign, among other things, Milton Bradley succeeded to continuously produce the Battleship game until now. Battleship became one of the most popular games worldwide.

Originally the game was called SALVO: THE BATTLESHIP GAME.

Most early Battleship games were pen-and-paper games. Some sources say that the game was originally invented by Russian soldiers somewhere between 1917 and 1922.

Basilinda, a game from 1890 by E. I. Horsman, may be a forerunner of Battleship. This is prooved by a promotion which shows opponents sitting acros from each other and hiding the pieces for each other.

But if Basilinda is in fact a forerunner to Battleship, this certainly presents a conflict with the 1917 to 1922 dates.

Here is a (partial) chronological listing of Battleship style games:

Battleship games are one of my favorite classes of games as I love games with hidden information and the subsequent dynamics of uncovering that information.

The games are not really difficult in terms of the strategy a player requires to play, but there have been some interesting games "built on top of" Battleship.

Some of the games, such as TASK FORCE and Waddington's BATTLE, provide grids with land and sea and further provide naval vessels, land vehicles and even aircraft.

For example: a tank must be on land while an aircraft could be on a square which contains both land and sea.

In TASK FORCE, the game is made more complex by requiring the player to first determine which one of three islands house the opponent's Head Quarters and then demolish all pieces on the island or above it in the air.

Hasbro published a new edition of Battleship in 2008, subtitled "The Tactical Combat Game". It makes several changes to the original game, including new ship shapes, a hexagon-shaped board (rather than a square), and the addition of several small islands where a captured soldier is hidden.

One of the reasons I enjoy Battleship is because it is so straightforward. At the start of the game, players place each secretly their ships on the board (which is laid out in a grid). They then take turns calling out grid coordinates (e.g., B-2 or F-8), trying to hit their opponent's ships to sink them all before he does the same. Decide who will start. You and your opponent will alternate turns, calling out one shot per turn to try to hit each other's ships. â€¦ Just like real-life naval conflicts, many Battleship matches are won or lost before the first shot is fired. Getting your ship placement right is crucial.

The object of placing your ships on the board is to make your opponent not able to find all of them. The best way is to place your fleet randomly. All other placement guidelines are based on guessing how your opponent will attack. Try starting them off with the Beginner Rules (on back), which require no reading and lighter strategy. It's easy! Just follow the three steps below. As you assemble your game, refer to the game setup photo.

BATTLESHIP LIVE has a talking, motion-sensing tower that guides you through the game. A special camera in the tower "sees" reflective material on the ships and special gameboard spaces. â€¦ To be the first naval commander to score 1,000 points by locating enemy ships, then blasting them out of the water with your torpedoes.

In this game, you must first locate an opponent's ship by finding all of its coordinates; then you must sink it by firing torpedoes at it! â€¦ It is single player a single player version of the Battleship game. Using pure logic and requiring no math to solve, these addictive puzzles offer endless fun and intellectual entertainment to puzzle fans of all skills and ages.

Battleship Solitaire was invented in Argentina in 1982 under the name Batalla Naval (Navy Battle). The first puzzles were appearing in the november 1982 issue of the Spanish puzzle magazine Humor & Juegos. Authorship is usually credited to the puzzler Jaime Poniachik who founded Humor & Juegos as an editor in 1980. â€¦ This is a unique variant of Battleship as the game is played on a 3D board. Players hide their submarines and a mine on the three underwater levels, and place their surface ships on the top level.

Players move a ship to a desired grid location and then fire a depth charge, marking off hits, near misses, and misses.

Opposing submarines can fire a torpedo at surface vessels that are in the same column. This requires the opponent to take further shots in order to confirm that an area is clear.

Allows a player to move one of their ships to a new, uncalled location every 4th or 5th move.

Instead of shooting one time in each turn, the players can shoot 3 times, the opponent will only tell how many of the three shots were hits (and if so on what kind of vessel). â€¦ 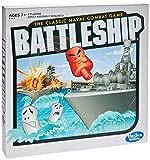 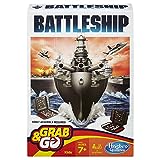 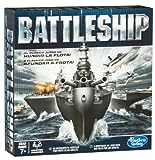 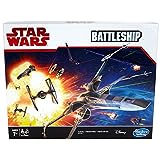 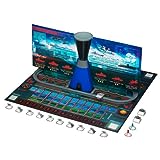 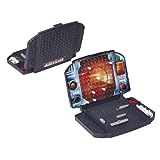 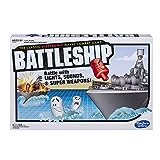 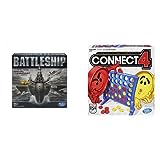 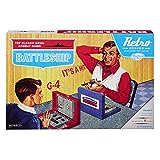 Dad vs Daughter - Battleship: Pirates of the Caribbean - Mom vs Dad Edition

How to win at Battleship almost every time!

How to Play Battleship