Codenames is a social word-guessing game where you are a spymaster, giving clues, or guessing the whereabouts of your 25 secret agents. All the Players are split into two teams, red and blue and they try to identify their own team's secret agents, based on their agents' code names.

One player of each team is selected as the team's spymaster while the others are field operatives.

Twenty five cards are randomly placed on the table on a 5 x 5 grid, each with a different word representing the codenames of the agents. Some of the cards represent red and blue agents, one card will respresent an assassin and the others are innocent bystanders.

The spymasters take turns giving clues consisting of a "single" word and a number in an effort to get their teammates to find the correct agents. The clue is chosen freely as long it is not any of the words on the table.

If it is one of their team's agents, the operatives may keep guessing. Otherwise, it is the other team's turn.

The game ends when all of one team's agents are identified and this team won the game. When one team has identified the assassin, that team loses.

A winning team will know when to keep guessing and when to quit a turn early. If you are not sure, retreat might be a better option as giving your opponents a free agent card or revealing the assassin is a pass to defeat. The teams can basically have any size and that makes it it a good blend of a party and thinking game.

Codenames can be played by 2 till 8 players. The game rules are very easy to learn. It's set up in less than a minute and the average game takes about 15 minutes. The game mechanics are fantastic as it allow anyone to jump right into the mid-game.

You can play this game over and over again. There are 200 double side cards and you will select only 25 each time and you may switch the roles of spymaster.

The game was created by Vlaada Chvátil in 2015. Players split up into two teams of similar size and skill. You need at least four players (two teams of two) for a standard game.

They are field operatives.

Randomly choose 25 codenames and place them on the table in a 5-by-5 grid.

Note: While shuffling the codename cards, be sure to flip over half the deck once in a while. This will mix the words more thoroughly. â€¦ Two covert operatives are on a secret mission in a crowded city. Each knows 9 secret agents that the other must contact. Communicating in coded messages, they sneak past enemy assassins in an attempt to complete their mission before time runs out.

Codenames: Duet is a cooperative word game for two or more players. A key card gives you 9 words to give clues for and 3 words your partner must avoid. A clue is only one word, but it can point to multiple words that you want your partner to guess. Your partner also gives you clues for the words you need to find. â€¦ What are these strange symbols on the map? They code for locations where spies must contact secret agents!

Two rival spymasters know the agent in each location. They deliver coded messages telling their field operatives where to go for clandestine meetings. Operatives must be clever. A decoding mistake could lead to an unpleasant encounter with an enemy agent - or worse, with the assassin! Both teams race to contact all their agents, but only one team can win.

Codenames: Pictures is derived from the original Codenames game. Instead of pictures coding for secret meeting locations, the original game uses words - the agents' secret codenames. There are some slight differences, but basically, the rules are the same: Two spymasters take turns giving clues consisting of one word and one number. Their teammates try to touch the correct codename cards. Words and pictures use slightly different modes of thinking. If you want to try it, think up clues for the example below. You can use any key card from this game. â€¦ Two opposing teams are competing to be the first to identify all of their team's Disney Treasure Cards from among 16 cards displayed in a 4 x 4 grid.

Treasure Cards their team is trying to find) to give clues in the form of code words telling their teammates where to find the cards. Be careful! Decipher a code incorrectly and you might help the other team! It's a race to identify all your team's cards first! â€¦ Two opposing teams are competing to be the first to identify all of their team's Marvel Asset Cards from among 25 cards displayed in a 5 x 5 grid.

Each team has a Director (who knows the location of each one of the Asset Cards their team is trying to find) to give clues in the form of code words telling their Agents where to find the cards. â€¦ Codenames: Harry Potter is a cooperative word game for two or more players. As operatives for the Order of the Phoenix in Diagon Alley, you must pass secret information to other Members of the Order.

Each operative knows the location of 9 Members that the other must contact. Communicating in coded messages, they sneak past Death Eaters in an attempt to complete their mission before time runs out.

A Key card gives you 9 Code cards to give clues for and 3 cards your partner must avoid. A clue is only one word, but it can point to multiple cards that you want your partner to guess. â€¦ Players split up into two teams of similar size and skill. You need at least 4 players for a standard game.

Each team chooses one player to be their spymaster. Both spymasters sit on the same side of the table.

The other players, or field operatives, sit across from their spymasters.

Each team take turns placing 1 codename on the table until a total of 25 codename cards are placed in a 5-by-5 grid. The remaining cards aren't used in the game. â€¦ Your information should be limited to what you can deduct from each other's clues. If you comment on your guess, don't give away any information about your side of the Key card.

If you guess a card that your partner marks as a red Order of the Phoenix Member, do not tell your partner what that card looks like on your side.

Do not give your partner advice on when to stop guessing, and do not tell your partner how many cards are left to guess unless all the cards you see as red have been covered by red Order of the Phoenix cards. â€¦ 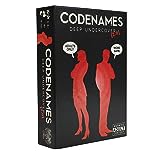 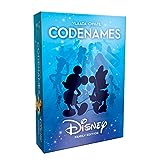 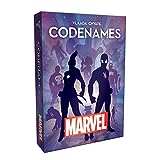 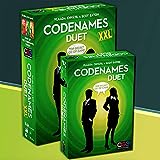 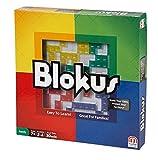 Pandemic Reign Of Cthulhu Board Game 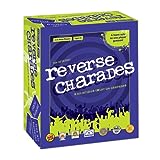 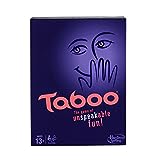