Just as in a multiplayer game, you are trying to be the AI with the most VP at the end of the game. In this variant, Hal will be your formidable virtual adversary, and will do everything he can to get ahead of you! You can play this variant with or without the advanced rules.

The setup is identical to the setup for a multiplayer game (see pages 4 - 5) with the following clarifications:


After having performed steps 9 - 14, choose a different color from yours for Hal, and proceed as follows:

Finally, shuffle Hal's cards in order to form a face-down deck (the side showing Hal's gain weightings will be visible).

You will be the first player; Hal will always play after you. Hal has no storage; each time he gains an item during the game (ship / resource / robot / Technology tile / Advanced Technology tile / debris / Ravager card), it immediately transforms into VP according to the weighting summary on the back of Hal's cards.

After you have taken your turn, execute Hal's turn. There are two possibilities:

Among the dice of the indicate color, Hal always takes the die of the greatest value. If several dice have the same value, he will use his own die. If the die with the greatest value is yours, he will buy it: Take 1 resource from the supply in compensation. As usual, Hal cannot buy a die you have reserved.

You must always resolve Hal's action in the way that best suits his goal of gaining VP. If an action is affected by a Ravager card, Hal performs his action normally (only effects which add a Damage cube are resolved) and loses nothing.

If an action is damaged, the value of Hal's die is reduced by 1, just as it would be for you.

Hal's card indicates whether he wants to:

Then refill the display after having shifted the remaining 3 tiles.

If his die has a value of 0 (star) or Hal is unable to perform the action (no Technology tiles, or a damaged action reduces his die to a value of 0), Hal just gains 3 VP.

For each activation, Hal removes 1 Damage cube. Hal's card indicates the order in which he does this:

If his die has a value of 0 (star) or Hal is unable to perform the action (no Damage cubes, or a damaged action reduces his die to a value of 0), Hal just gains 3 VP.

For each activation, Hal destroys 1 Ravager card. Hal's card indicates the order in which he does this:

Hal always tries to destroy as many Ravager cards as his die allows (i.e. he will skip a location if it would reduce the total number of Ravager cards he could destroy).

If his die has a value of 0 (star) or Hal is unable to perform the action (no Ravager cards, or a damaged action reduces his die to a value of 0), Hal just gains 3 VP.

For this action, the value of Hal's die is irrelevant.

First, draw a card that is the same color as the die Hal selected.

Then resolve the action as for a normal player (place a robot on the reward and gain it, Ravagers appear, new Technology tiles appear), except that placing a ship and a pilot is not necessary for Hal.

The end of the game is triggered the same way as in a multiplayer game. Unlike you, Hal cannot score additional VP at the end of the game. If you have more VP than he does, congratulations!

You can make your next game more challenging by increasing Hal's starting VP at the beginning of the game. 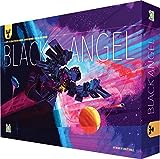