Alien Frontiers is a game of resource management and planetary development for two to four players. During the game you will exploit orbital facilities and alien technology, building colony domes in strategic locations to control the newly discovered world.

The game board shows the planet, its moon, the stations in orbit around the planet, and the solar system's star. The dice you are given at the start of the game represent the spaceships in your fleet. You will assign these ships to the orbital facilities in order to earn resources, expand your fleet, and colonize the planet.

As the game proceeds, you will land your colonies on the planet to control its territories. Tach territory carries a particular benefit and, if you control a territory, you are able to use that influence to your advantage.

The planet was once the home of an alien race and they left behind a wondrous artifact in orbit. Using your fleet to explore the artifact, you will discover amazing alien technologies that you can use to advance your cause.

Winning the game will require careful consideration as you assign your fleet, integrate the alien technology and territory bonuses into your expansion plans, and block your opponents from building colonies of their own. Do you have what it takes to colonize a new world? Gaining more influence over the Alien Frontier (measured in Victory Points) than your opponents by building colonies and controlling territories.

Unfold the game board and place it on the table where it is accessible to all players. Place the scoring track board in a convenient location and place a scoring rocket of each color on the 0 line. Assign one player to keep track of the victory points throughout the game. … Surrounding the planet are the orbital facilities you will use to earn resources, expand your fleet, and land colonies. You may not dock ships at an orbital facility unless docking ports are available and you can meet both the ship and cost requirements.

Each ship you dock at the Alien Artifact may be of any value and allows you to discard the alien tech cards on display and lay out three new cards from the deck. This is called "cycling" and it is optional. … The three field generators alter the rules within the territory where they are located and, where there is a conflict, take precedence over alien tech card effects.

Example: If the Isolation Field is placed on Pohl Foothills, the player who controls that territory does not receive the "pay one less fuel than normal on each alien tech card you use" bonus and the bonus is not available to a player using a Data Crystal card. … 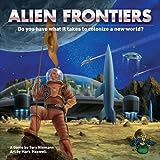 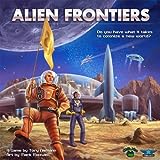 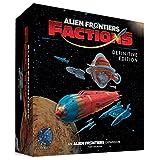 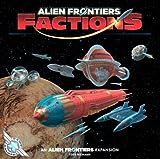 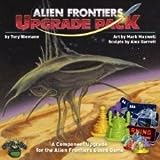 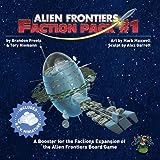 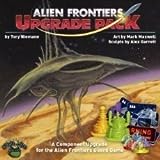