Even if you've been living on Mars since the 1970s, you've probably heard of Rubik's Cube, the bestselling puzzle in history. Just in case, though, here's a recap: it's a 3-by-3-by-3-inch cube with rotating faces made up of nine squares that can be scrambled into (so it's said) 43 quintillion combinations.

Getting the cube back to its original position (so that all nine squares of the same color make up each face) is incredibly challenging for most, though it can be mastered and solved.

For those not gifted with superhuman spatial intuition, this mindbender comes with a solution hints booklet, which examines the cube's properties and offers clues for solving the puzzle. Whether it's a difficult toy or retro '80s kitsch you're seeking, Rubik's Cube is for you.

Rubik's Cube is the incredibly addictive, multi- dimensional challenge that has fascinated puzzle fans around the world. Over 250 million cubes have been sold and at least one in every five people in the world has twisted, jumbled and enjoyed this immensely popular puzzle.

The Rubik's Cube was invented in 1974 by Erno Rubik; he wanted a working model to help explain three-dimensional geometry. It took him one month before he was able to solve the Cube for himself.

Over 350 million Rubik's Cubes have been sold worldwide - making it is one of the bestselling toy of all time. The Rubik's Cube has been tantalizing and enchanting people for over 40 years!

Rubik's Cube has been called "the perfect puzzle" and "the best puzzle ever". With a few turns, you mix up its small colored cubes. Now match the cubes back up again to make every side a solid color.

You can solve RUBIK'S Cube from any starting point and from any topsy-turvy arrangement of colors. With the right twists, anybody can do it, and with 43 quintillion (43,252,003,274,489,856,000) combinations, no challenge is everthe same! RUBIK'S Cube is just one of a series of exciting puzzles designed to challenge your mind and capture your imagination. With amazing movement of color and pieces, each puzzle offers an intricate challenge that is hard to put down.

And just in case it has you stumped, this 7-Step Solution Guide will help you master the challenge.

Each of the 6 sides is painted a distinct color (red, orange, yellow, white, blue, green), and the goal of the puzzle is to return the cube to a state in which each side has a single color after it has been randomized by repeated rotations. â€¦

Race to slide your colored tiles and be the first to complete the pattern shown on the Scrambler.

Move the frame to the upright position. Randomly place four tiles of each color in the trays on either side.

There should be a total of 24 tiles and one empty space in each tray.

Flip it, fold it, bend it, roll it. Watch the designs on RUBIK'S Magic move through a captivating kaleidoscope of patterns.

Tackle the challenging puzzle of RUBIK'S Magic. See if you can change 3 free-floating rings into 3 linked rings, while turning RUBIK'S Magic into unique shapes and 3D figures.

There's more! Fold and unfold the panels into a tantalizing array of shapes. From the 8-Point Star to Mouse in the Hole, each shape is a challenge of visual thinking and creative fun! â€¦

Take on the challenge and put your own spin on RUBIK'S 360!

Just tilt and turn the sphere to get all six colored balls locked into place, that's all there is to it!

What you do to solve it is up to you, but here are a few tips and tricks... Have 3 Rubik's Tiles of the same color (all Red, all Blue, all White, or all Yellow) in a "locked" row, either horizontally, vertically, or diagonally.

A row of three is "locked" when none of the game pieces in it can be flipped into an adjacent square because all of the adjacent squares are occupied.

This is the position after both players have played their 8 moves and Yellow/White wins with a "locked" line of 3 Yellow Rubik's Tiles. â€¦ Collect all of the Rubik's Battle Cards. The player who aligns three of his/her Cubies of the same color in a row on one face of Rubik's Cage - vertically, horizontally or diagonally-wins! Be the first player to collect three Challenge Cards.

Sort the Cubie Cards with matching backs into 4 identical sets of 12 cards. Give each player one set. There are 32 Challenge Cards.

We recommend players use the Level 1 cards for their first game and when playing with new players or younger children.

Shuffle the selected Challenge Cards and place them in a pile face down in the middle of the table. â€¦ 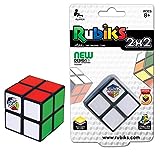 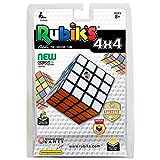 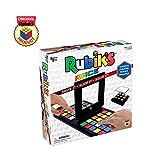 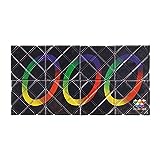 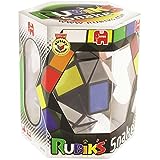 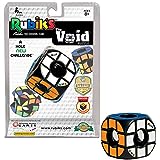 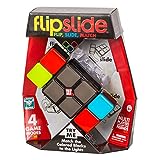 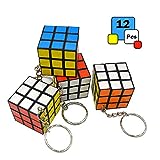 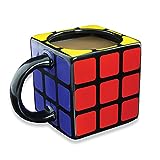 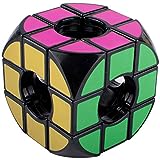 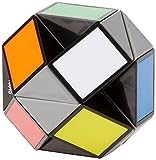 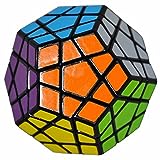 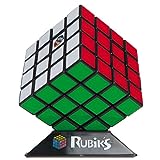 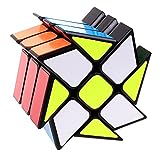 How to Solve the Rubik's cube! (universal solution)

How to Solve a Rubik's Cube - Learn in 14 Minutes & Remember!