The Lord of the Rings: Journeys in Middle-earth Additional Rules

This section includes additional rules that are necessary to play the game.

An enemy group is either readied or exhausted. Enemies become exhausted either after the app activates them or after they attack. When an enemy is exhausted, its portrait in the app is darkened.

Exhausted enemies cannot activate, counterattack, or be provoked. The app readies all enemy groups at the end of the shadow phase.

While a hero is in the same space as a readied enemy group, certain actions will provoke that enemy, causing it to attack. A hero must provoke an enemy during each of the following situations:

To provoke an enemy, a hero selects the provoke button to the left of the enemy portraits in the app. Then, they select the portrait of the enemy that is provoked. That enemy immediately resolves an enemy attack against the hero as instructed by the app.

After the enemy attacks, the hero can move out of that enemy's space, or perform an interact action as intended.

Unlike an enemy activation or counterattack, an enemy group is not exhausted when it is provoked.

There should be one enemy group (containing one or more figures) on the game map for each enemy portrait shown in the app.

Elite enemy groups are stronger than standard enemies, and they have special bonuses. An elite enemy group's portrait has a spiked frame and banner icon.

When an elite enemy group is placed on the map, the heroes place the elite banner token (red background) that matches that enemy group's banner icon along with the enemy figures.

An elite enemy group's bonuses are listed in its enemy menu. The app automatically applies all enemy bonuses, but the heroes can select bonuses in the enemy menu to view their effects. In addition to their listed bonuses, all elite enemies are able to perform counterattacks even when they are exhausted.

It is possible for there to be multiple enemy groups of the same type that are not elite. When this happens, each additional enemy group is automatically assigned an enemy banner, which is presented next to that enemy's portrait in the app.

When the heroes place the duplicate enemy group on the board, they place the matching enemy banner token next to that group's figures.

As described in the rally phase, when a hero scouts cards, that hero can prepare one of those cards by placing it faceup below their hero card. A hero cannot have more than four prepared cards; if they would prepare a fifth card, they must discard one of their prepared cards.

Like hero and item cards, skill cards have abilities that help the heroes accomplish their goals. However, a skill card's abilities can be used only while that card is prepared-in other words, the heroes ignore abilities on skill cards that are revealed for a test.

Each card ability describes when the ability can be used. To use an ability, the hero resolves the ability's text. Many skill card abilities instruct the hero to discard the card from their prepared area.

Most skill cards contain one or more bolded keywords, such as "Sprint 1". Keywords are a shorthand for abilities that appear on cards frequently. The rules for each of the keywords can be found in the Quick Reference on the back page of this rulebook.

Some skill cards (and item cards) contain italicized traits such as "Dwarf " and "Tactic". Traits have no inherent effects; however, other game effects may refer to cards that have traits.

Weakness and title cards are special types of skill cards that are part of the heroes' skill decks.

Title cards reflect a hero's memorable choices during a campaign. Title cards usually have powerful abilities that can be used only once during an adventure. When a hero gains a title card, they search the unused title skill cards for the specified card and prepare it immediately.

Each hero begins the game with one weakness card in their skill deck. Weakness cards have no inherent effect-their purpose is to be useless to heroes, cluttering skill decks and contributing no icons during tests.

A hero must reset their skill card deck at the following times:

A hero resets their deck by shuffling their discard pile with any remaining cards in their deck and placing the newly shuffled deck facedown. Prepared cards are not shuffled into the deck.

Heroes can become hidden, emboldened, or determined. These are boons that improve a hero's chances to battle enemies and pass tests. If a hero gains a boon, they take a boon card of the appropriate type and place it in their play area. The effect of each boon is described on the card.

Heroes may find trinkets during their adventures. Trinkets are item cards that have the trinket (

) icon along the bottom. When a hero gains a trinket, they search the unused item cards for the specified card and place it faceup next to their other items.

Then, they place a number of depletion tokens on the trinket equal to the number in the lower-left corner of the card.

If a hero is instructed to deplete a trinket, they must spend one depletion token by removing it from that trinket's card. After a trinket's last depletion token is spent, the trinket is flipped facedown and cannot be used again during that adventure.

Trinkets receive their starting number of depletion tokens at the beginning of each adventure.

) to resolve abilities on any of the chosen items.

If the hero is attacking an adjacent enemy group, all of the chosen items must have the ranged ( 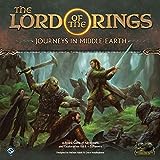