Players race to construct a plastic bug, rolling a die to see which piece they get to add. The Hennepin History Museum states that the first Cootie game was designed by William H. Schaper in 1949.

However, Schaper's game was not the first based upon the insect known as the "cootie". The creature was the subject of several tabletop games, mostly pencil and paper games, in the decades of the twentieth century following World War I.

In 1927, the J. H. Warder Company of Chicago released Tu-Tee, and the Charles Bowlby Company released Cootie; though based on a "build a bug" concept similar to Schaper's, both were paper and pencil games.

Schaper's game was the first to employ a fully three dimensional, free-standing plastic cootie. Known in Australia as Creepy Critters and in the UK as Beetle Drive. Be first to create your own Cootie bug by rolling the Cootie cube to collect the parts you need: first the body, then the head, then all the other Cootie pieces. Hundreds of combinations are possible! 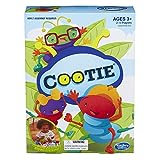 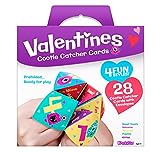