As leader of your Clan you try to earn as many Prestige Points as possible. You mainly gain Prestige Points by completing Mission Cards, by activating Disciples at certain locations on the game board, and by having fulfilled the tasks of Bonus Cards at the end of the game.

Each player counts his Prestige Points by moving his own Marker along the Score Track on the game board.

Yedo is a game for determined players. Every once in a while fate may strike in unpleasant ways. While building up the power of your Clan, you may encounter quite a few setbacks.

For your first game, we recommend to use the Geisha setting. Here, fate will not be too hard on you, and you'll get to know the twists of the game.

But don't expect a walk in the park either! To play the Geisha setting, follow the usual rules and those in the yellow Geisha boxes. Ignore the brown Samurai boxes.

On the other hand, setbacks will not unsettle a true samurai . His strength lies in accepting every twist of fate and turning it into greatness.

So when you feel ready to handle this, you should play the Samurai setting of the game by following the usual rules and the instructions given in the brown Samurai boxes. Ignore the yellow Geisha boxes.

Some Action Cards and Event Cards have "Samurai" written at the top right corner. Remove these "Samurai" cards from the game and return them to the box. They are not needed.

Put the game board in the middle of the table.

Shuffle the Action Cards and place them as a face down deck onto the indicated space on the board 1. Do the same with the Bonus Cards 2, the Event Cards 3, and each of the 4 colors of Mission Cards 4.

Shuffle the Weapons and put them as a face down deck onto the indicated space 5. Then take 2 Weapons from the top of the deck and put them face up onto both 6

spaces on the right of the Market 6.

Place all Mon as a supply next to the game board. This supply will be called the "bank". Then put 3 Mon onto the Church in the Harbor District 8.

Sort the Annexes by type, forming 4 piles. Depending on the number of players, each pile contains a certain number of Annex tiles:

Place the piles face up onto their spaces on the game board 9. Return any spare Annex tiles to the box.

Depending on the number of players, put a certain number of Geisha counters onto the indicated spaces on the game board 10:

Return any spare Geisha counters to the box.

Take the "District inaccessible" counter and place it next to the game board. It is needed later.

Place the gray Round Marker on space "1" of the Round Track 11.

Depending on the number of players, reduce the number of Assignment spaces in the Districts by covering them with Placeholder counters:


Each player picks a Clan board and takes the 4 Disciples and 3 Markers of the corresponding color.

Each player places 2 of his Disciples onto his Clan House and the remaining 2 on the "Reserve" space on the game board.

Finally, each player receives his starting capital and assets:

A game of Yedo is played over 11 rounds. Each round comprises the following 7 phases that are always executed in the same order:

The game usually ends after 11 rounds. Alternatively the game ends at the end of any round in which a player completes the Mission "Kill the Shogun". At the end of the game, players score Prestige Points for Bonus Cards and unused Blackmail Cards.

Players can play Action Cards throughout the game to alter certain aspects of the gameplay.

After an Action Card has been played (or discarded) it is placed face down at the bottom of the Action Card deck.

If two or more players want to play a similar Action Card at the exact same moment (and they cannot work it out in any other way), the player farther up the Player Order Track goes first and the others follow accordingly.

Note: Skip the Prep Phase in the first round, since all preparations for this round are already made during the setup.

In the Prep Phase you always do the following 4 steps.

Remove the Watch Patrol entirely from the game for the final round.

During the Bidding Phase, players can participate in a number of auctions to acquire one extra asset each. Each round, the same kinds of assets are put up for auction. There are 7 auction categories in total: Action Cards, Bonus Cards, Weapons, Annexes, Geisha, Disciples, Mission Cards.

The player who wins an auction category with his bid receives the reward of that category.

Important: At the start of the Bidding Phase, each player is asked in player order if he wants to take part in this round's auctions.

If a player is unable (because of insufficient funds) or unwilling to participate, he may now drop out of the Bidding Phase by moving his Marker from the Bidding Track to the Egress space.

For this he receives 3 Mon from the bank.

The Bidding Phase with 4 or 5 Players

The player who is farthest up the Bidding Track starts an auction by announcing an auction category of his choice; for example, Weapons. By announcing the category, the player automatically places the minimum bid for that category (which is stated next to the Bidding space

of that category; 5 Mon for Annexes and Geisha, 3 Mon for all other categories). He may not bid more or less Mon.

Then, the next auction is announced by the player who is now farthest up the Bidding Track (which may be the same player as before if he didn't win the prior auction). The player chooses an auction category which is not yet closed and the procedure described above is repeated.

Play continues in this manner until each player has either won an auction or chosen to drop out of the Bidding Phase.


The Bidding Phase with 2 or 3 Players

All of the rules described above apply. However, there is one important dif- ference: There are only 3 main auction categories, each of which comprises 2 or 3 subcategories:

Players can only announce one of the 3 main categories. The player who wins that category chooses one of its subcategories and receives that asset.

Then he moves his Marker from the Bidding Track to the subcategory's Bidding space. The main cat- egory of that color (including all its subcategories) is then closed for the rest of the round.

In the Event Phase you always do the following 2 steps:

In the Assigning Phase, players place their available Disciples onto the game board or their own Annexes to enable these Disciples to perform certain actions in Phase 7.

In player order, each player places one Disciple at a time until all Disciples are placed. The player whose marker is farthest up the Player Order Track begins by placing one of his Disciples onto either:

any free Assignment space in an accessible District

Then, the player who comes second on the Player Order Track gets to place a Disciple, then the third player, and so on. After each Player has placed one Disciple, the first player assigns his second Disciple, etc. This continues until all Disciples are assigned.

Very important: No player can lose either of his last 2 Disciples.

If a player's Disciple is arrested when that player has already 2 Disciples in the Reserve, the arrested Disciple returns to its Clan House. This also applies to other cases in which a player loses a Disciple.

In the Trade Phase, certain players can trade assets with each other.

After each Player has activated his first Disciple, the first player activates his second Disciple, etc.

If you activate a Disciple on an Assignment space on the game board, you can use it to either:

If you activate a Disciple on one of your Annexes you can: c) use the special ability of that Annex.

After your activated Disciple has completed its action, immediately return it to your Clan House.

The Action Phase ends when there are no Disciples left on any Assignment spaces and Annexes.

Note: As long as you still have Disciples on the game board or on Annexes yo must activate one of them in your turn, even if you would rather not. (If you cannot do anything useful, return it to your Clan House anyway).

After the 11th round is completed in full, the game ends.

The game may end prematurely if a player manages to complete the hardest Mission, "Kill the Shogun". The round in which this happens is finished in full (so each player still activates his remaining Disciples). Then the game ends.

After the game has ended, a final scoring takes place.

Each completed Bonus Card that a player owns grants that player Prestige Points. (Remember, no player may have more than 2 Bonus Cards in total). Important: Some Bonus Cards have a value in brackets.

For example, the Bonus Card on the right gives you 4 Prestige Points if you managed to complete more Missions of the "Warfare" category during the game than any other player.

If there is a tie, because at least one other player managed to have the most completed "Warfare" Missions too (so you both have the same number), you only receive the number in brackets (2 Prestige Points).

The tied player does not receive anything. If any player has completed more Warfare Missions than you, you get no Prestige Points at all.

After all players have received their Prestige Points for Bonus Cards, check which players still own their Blackmail Card. Those players get 2 additional Prestige Points.

The player who now has the most Prestige Points in total (whose Marker has advanced farthest on the Score Track) wins the game.

In the case of a tie, the tied player whose Marker is farther up the Player Order Track wins. 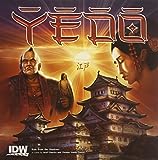 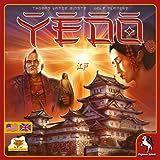 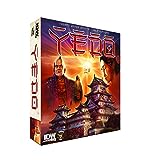