THE METAGAME has two kinds of cards:

When the rules mention a hand of cards, it means keep your cards hidden from other players.

For 3+ Players. Try this one first!

Each round, match your hand of culture cards to everyone else's opinion cards. Recommended for your first Metagame.

Deal everyone a hand of 4 culture cards. Each player also gets 1 opinion card face-up in front of them.

For 3 player version: Each player starts with a hand of 7 culture cards instead of 4. And each player has 2 opinion cards face-up in front of them-not just 1.

Each player reads their opinion card out loud. If yours has a blank: as you read the card, you make up a word or phrase to fill the blank. Then everyone puts ALL of their culture cards face-down next to the opinion cards of other players to make good matches.

Don't play on your own cards! You don't have to play on every opinion card and you can put multiple cards in the same place. There are no turns - everyone plays at the same time.

One by one, each player shuffles the culture cards that were played on their opinion card, lays them face- up on the table, and picks their favorite. The judge can explain their decision-but keep quiet about who played which card during judging.

If your card was chosen, you win the opinion card PLUS all of the culture cards that were played on it. Keep the cards you win in a scoring pile.

Play 3 rounds. At the end, count all of the cards in your scoring pile-opinion cards AND culture cards. The player with the most cards wins!

Get your dates straight. A Metagame for two or more players about putting culture in the right chronology.

Start the timeline by putting a random culture card face-up on the table. You won't need any opinion cards.

Take turns clockwise around the table. On your turn, the player on your left draws a card and reads it to you-saying "BLANK" for any dates. They can show you the card upon request-just be sure they cover the date!

When you have 3 strikes you are out of the game. The last surviving player wins.

Get on your partner's wavelength so you both pick the same card. With two players, it's cooperative - with more, each pair plays as a team.

Sit down next to your partner. Place both kinds of cards face-down in separate stacks. If you only have 2 players: Deal one stack of 7 opinion cards face-down on the table.

Each team of 2 takes a separate turn. On your turn:

First: reveal 1 opinion card. If there is a blank, you and your partner fill it in with any word or phrase.

Then: deal 2 culture cards face-up below the opinion card. At this point, no talking with your partner!

Each team member silently picks which culture card is best for the opinion card. The card to the left is one and the card to the right is two. Count "ready, set, GO!" and put out one or two fingers, revealing your selection.

If you both pick the same card - You advance! Discard all cards you used. Next round deal 3 culture cards.

If you don't match - It's OK! Discard all cards you used. Next round, use the same number of culture cards.

Teams: Each pair takes turns, advancing 1 more card if they make a match. After one team gets a match with 5 culture cards, every other team gets one more turn. If only 1 team has matched 5 cards, they win!

If there is a tie: The tied teams play SUDDEN DEATH rounds, everyone using the same set of 5 culture cards.

If any team matches, the teams that didn't match are knocked out. Survivors win.

Loudmouths rule. Survive each round by arguing for your card. If the critics don't like what you say, you are knocked out and become a critic, too.

One player starts as the critic. Deal everyone but the critic a hand of 5 culture cards.

The critic draws 3 new opinion cards, picks one to read out loud, and discards the others. If it has a blank, the critic decides how to fill it. Everyone else selects the best match from their hand and places it face-down on the table.

The critic calls on each player one by one. That player reveals their card and argues for a minute or two why their card is the best match.

The critic picks the BEST and the WORST responses, then collects all played cards and discards them. The losing player discards all cards and joins the critic.

On future rounds, the growing group of critics judges together. The newest critic selects the next opinion card and breaks tie votes. All surviving players draw a card. The winning player of the round draws an extra card.

The final player remaining wins the game - and is the starting critic for the next game.

Players begin with a hand of cards equal to 2 less than the total number of players (i.e., a hand of 3 for 5 players). Deal that many opinion cards face-up in a row. The critic picks one of the face-up cards to use each round. Players do NOT draw any more cards.

A high-speed battle of wits for three. You and an opponent race to put your cards on the table.

One player starts as the critic. The critic deals 7 culture cards to the other 2 players, face down in front of each of them in a stack. Then the critic draws opinion cards, discarding any with blanks and redrawing until the critic has a hand of 7.

The 2 players put one hand behind their backs - they can't use that hand during the duel. The critic says "READY - GO!" and the duel begins.

The critic starts placing opinion cards face-up in a column. Meanwhile, the other players draw a single card at a time with their free hand and play it face- down next to an opinion card, on their side of the column.

They can only have one card next to each opinion card - but they can swap the positions of cards they have already played. The first player to place all of their cards yells "DONE!" The slower player can only play 6 of their 7 cards - they must leave their last card unplayed.

The critic shuffles the 2 cards played on each opinion card, turns them over, and picks a winner. (Keep quiet about who played which card during judging).

Play 3 rounds - each player is the critic once. Whoever won the most opinion cards wins the game.

It's got strategy. It's got debate. And it turns your tabletop into a crazy-quilt of culture. Lose all your cards to win.

Deal everyone 5 culture cards and 5 opinion cards. Keep your hand hidden-but other players should be able to see how many cards you have. Your goal is to get rid of all of your cards.

Draw and place a single opinion card in the center of the table-this is the start of the quilt. If the starting opinion card has a blank on it, draw another one. Begin with the first player and take turns clockwise.

Each turn has 3 phases. When it is your turn:

On your turn, play a card from your hand into the quilt.

If you play a opinion card with a blank, fill it however you want. The blank is filled with your word for the rest of the game.

When you play a card, try and make it match every card it touches. To play in the lower-right corner of the example game in the illustration, you need a culture card that should be required in schools and is simply beautiful.

The card doesn't have to be a better match than other cards on the table - it just needs to somehow fit the cards it touches.

When someone plays a card, if you think you have a better match for that particular spot in your hand, you can challenge. The first player to say "CHALLENGE!" and place their supposedly better card face-up on the table gets to make the challenge.

If the challenge succeeds: The challenger's card is added to the quilt. The challenged card is discarded and the player who played it draws another card of either type.

If the challenge fails: The original card is added to the quilt. The challenger discards the card they used in the challenge and as a punishment for the failed challenge draws 2 cards of either type.

At the end of every turn (after any challenges are resolved), whoever successfully played a card into the quilt reduces their hand. For every card that the new card in the quilt touches, you reduce your hand by one.

So if you played a card that touches 2 cards, you discard 2 cards from your hand.

If a challenge was made, whoever won the challenge and successfully placed a card in the quilt gets to reduce their hand. If there was no challenge, then the player who put the unchallenged card into the quilt reduces their hand.

If you successfully play your last card into the Metaquilt you win the game. You CAN win by making a challenge.

However, you cannot get rid of your final card by reducing your hand. You can only win by playing your last card into the quilt.

A highly social Metagame. Play it over dinner conversation or at big parties and events. Like the name says, it works with hundreds or even thousands of players.

Players get a hand of 4 culture and 2 opinion cards. Your goal: win debates and collect the most culture cards.

At any time, anyone can say "DEBATE THIS!" and reveal an opinion card and become the instigator of a debate.

If there is a blank on the opinion card, the instigator fills it however they want. The first 2 players to jump in and show a culture card will debate. Each debater has a minute to argue for their card. The instigator moderates.

Anyone nearby can vote on who was more persuasive. The instigator's vote breaks any ties. The winner of the debate takes the loser's culture card.

At the end of the party or event, the player with the most culture cards is the victor.

Tips for big events: Yes, we really have played this with thousands of players over multiple days- and it works! 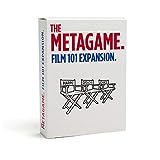 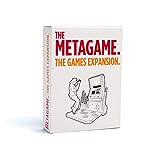 The Metagame: The Games Expansion