Divide players into teams of two. Partners should sit apart so they cannot see each other's responses. Each team chooses a pawn.

All teams place their pawn on the START square. The team whose partners have known each other for the least amount of time goes first. Turns are then taken in a clockwise fashion.

First, the starting team must roll the die to determine which side of the card is used.

The represents pictures and the

Place a card on the game board with the appropriate side facing up. Flip the timer. Partners individually write down words that they associate with the picture or word on the card.

Partners may ONLY write as many responses as indicated by the number on each square on the game board.

For example, the number on the START square is five, so no more than five responses are allowed from each partner. Partners should try to "think the same" so their responses will match. When playing the picture side of the card, players may name the picture as one of their words.

However, when playing the word side, players may not simply copy the word as one of their responses.

Once the timer has stopped, partners must match their answers. Every matching answer is worth one point. For each point earned, advance one space on the game board (e.g. for three matches, advance three spaces).

All teams must participate when one team lands on an ALL PLAY square. Any player may roll the die to determine which side of the card will be played.

One card is drawn and placed on its appropriate side faceup on the game board.

On ALL PLAY squares, the timer is not used. The first player to reach the number of responses indicated on the square yells "STOP!" and all players must finish the word they are writing and stop.

The team whose player yelled "STOP!" is the first to count and move. Moving clockwise, scoring continues until all teams have scored. (This scoring order becomes more important towards the finish line).

After a ALL PLAY, once scoring is complete, play continues as normal and turns continue in a clockwise fashion.

Try not to land on a square that points backwards. If you do, you must immediately return to the square from which you just came.

If you just came from an ALL PLAY square, each team will get to participate in the ALL PLAY again on your next turn.

If your pawn lands on a square with a

you have an opportunity to double your points. For instance, if partners match three words on an orange square, they would advance six spaces on the board.

Remember, you can only write as many words as the number indicated on your square.

If your pawn is on a

when you are participating in another team's ALL PLAY, the points your team earns from the ALL PLAY will be double.

Any team may disqualify another team's turn if their written responses obviously had nothing to do with the card or if it is obvious that a strategy was discussed by the team.

For each exact match partners advance one square. Written responses may be more than one word, but only exact matches score: e.g. BALL does not match GOLF BALL. COOK, COOKED and COOKING also do not match.

The card played has a picture of a cat. In this example, the team is on a square with a 5 written on it. This means only 5 responses are allowed. The team has 2 matching answers, which means they advance 2 squares.

The first team to reach the FINISH square wins the game.

This square must be landed on by EXACT COUNT.

For example: if a team is three squares from the FINISH and matches four written responses, they do not advance. 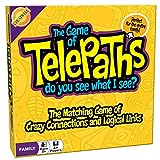 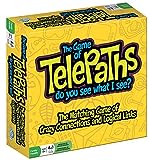 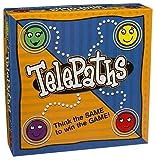