Pet and pass the pup! If you're holding him when he pees, you're out! Be the only player not to get peed on by the pup to win!

Attach the tail to the back of the pup. Insert batteries as shown on far right.

All players stand in a circle! The last person who petted a dog goes first! The game begins when the first player starts petting the pup. Play continues to the left.

Note: The game shuts down after one minute of inactivity. To turn off the game manually, press down firmly on the pup's tail and hold for two seconds.

Continue to take turns petting and passing the pup until only one person is Ieft. The only player not to get peed on by the pup wins! 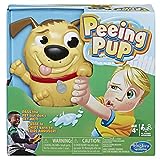 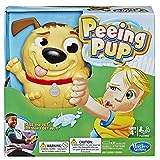 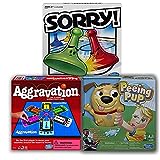