In "Linko", everyone tries to lay down as many cards as possible. Each played card is worth one point, while each card left in your hand counts as one minus point.

What's the catch? Try to snatch as many cards as you can that the other players have already played. Lay them down for yourself to cash in at the end of the game! But, whoever gets stuck with them when the game ends, picks up minus points...

As soon as a player has played all his cards, the points are counted: The player with the most points wins.

1. Lay down the Linko card before the youngest player.

2. Shuffle the remaining cards and give each player 13 cards. Hold your cards so that the other players can't see them.

3. With the remaining cards form a draw pile and lay it down in the middle of the table. Leave some room to the left for the discard pile. Turn over the top 6 cards, laying them face upto the right of the draw pile, one after the other, to form a row.

The youngest player starts. Play in a clockwise direction.

When it's your turn, either lay down a single card of your choice, or multiple cards with the same number face up in front of you. (see example la).

Andy decides to play one of his two 7 cards. He could have also played both, or even up to three of his 6 cards, for example

If the player already has cards in their stack, new cards are laid on top, overlapping the ones already lying on the table. Neither the number of cards nor their value needs to match the cards already in the stack (see example 1b).

Once the cards have been played, compare them with the top cards of the other players, moving from one player's stack to the next. Check to see if anybody's cards can be snatched (see below). If they can't, their turn is over.

Players' stacked cards can be snatched in one of three ways:

The current player fi rst has to decide if they want the snatched cards or not.

If they do, they pick them up. The robbed player must replenish their hand with the same number of cards that were stolen.

If they don't, the robbed player must decide:

For each card that they have to draw, the robbed player can choose to draw from the card row or from the draw pile. Only once they've drawn all their cards, is the card row replenished to a total of 6 cards (if possible).

After snatching cards from the player to their left, the current player checks the stacks of the other players, one after the other in a clockwise direction, to see if they can also snatch their cards. (It's possible to snatch cards from multiple players in a single turn, but a player may not be robbed multiple times on a single turn).

Once the current player has finished snatching cards, their turn is over and the next player begins their turn.

The Linko card shows who's turn it is. When a player finishes their turn, it's passed tothe next playerontheir left. This can help you keep track of who's turn it is when cards are being snatched left and right.

The game is over as soon as a player has no cards left in their hand. That means no more cards are snatched once the last card has been played!

The game is also over as soon as the card row and draw pile have been used up. The game can end abruptly in the middle of someone's turn!

Each player counts their points:

Note: The number on the card doesn't matter!

If you want to play more than one game, write down all the points for each game. Everyone takes turns as the start player. After everyone's had a turn to start the game (however many rounds you've decided to play), all the points are added up. The player with the most points wins.

The current player compares their card(s) that they just played with the uppermost cards of each of their neighbors, one after the other in a clockwise direction, one time only. 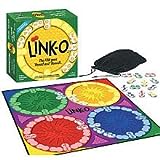