8bit MockUp (8ビットモックアップ) is a multiplayer solitaire game akin to Take it Easy! or Karuba as each player has an identical set of tiles and plays the same tile at the same time to their own tableau - but where each player places each tile may differ...

In more detail, each player creates their own world by connecting the landscapes on their tiles. Each player starts the game with the same starting tile in play. One player, the "Leader", shuffles their tiles face down, then removes five tiles from play without looking at them.

On a turn, the Leader reveals the next tile, calls out the number on it, then everyone places that same tile somewhere in their landscape, with the adjacent edges of each pair of tiles needing to match.

When the Leader draws a tile with a red number, everyone places their piece, then starting with the player who holds the God piece (initially the Leader), everyone draws a monument tile from the center of the playing area and places it on an area in their landscape.

Monuments come in three colors (while the landscapes have areas in four colors), and you use only two monuments of a color for each player in the game. After placing monuments, pass the God piece clockwise to the next player.

The game ends after everyone has placed their twenty tiles, then players score points based on the areas where they have monuments.

Each non-purple edge of a tile has a half-circle on it; when two such edges are placed together, the owner of those tiles has created a "cookie" in that area. To score, you look at each area where you have a monument. If you have no half-circles in this area - that is, the area is completely enclosed - then you score 2 points for each cookie in that area. If you have any unconnected half-circles in this area, you instead score 1 point per cookie. Whoever has the most points wins! In LEGENDARY FORESTS, players take on the role of Dryads, imaginary spirits of the forest.

Your goal is to grow a planet with the most beautiful forest. Create a planet more beautiful than your opponents' to win the victory.

Grow your Planet through the use of World tiles. Each turn, all players will take the same tile and add it to their personal Planet. Certain tiles will also allow players to place majestic Tree tokens. â€¦ 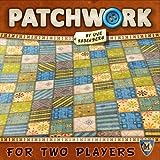 Legendary Forests | How to Play