Jungle Speed is a game for 2 to 10 players. The initiating experience can start at the age of 8 years old.

The first player to get rid of all of their cards wins the game.

Place the totem in the middle of the table. Shuffle the 80 cards and deal the entire deck as evenly as possible to all players.

Remaining cards are placed under the totem. Each player places their cards in a face-down stack on the table in front of themselves.

In turn, players flip over the top card on their stack. Each round, the new card is flipped onto the previous round's stack to create a face-up discard pile.

Play proceeds clockwise. Each player uses only one hand to play; the other hand is never used. Players always flip their cards towards their opponents, giving the opponents the opportunity to see the card first.

Here are some examples:

Whenever two players' cards show the same design (ignoring color), a duel begins. Both players immediately try to be the first to grab the totem. The successful player wins the duel.

The loser must then pick up their opponent's discard pile, their own discard pile, and any cards that may be lying in the middle of the table (see below). These cards are placed face-down under their stack.

After the duel, play continues normally beginning with the loser of the duel. When a special card is played (see below), several players may be involved in a duel. The first to grab the totem wins the round.

If more than one player loses a round (for example, if several players fail to spot a match and grab the totem), the winning player can decide how to distribute the cards among the losers.

As long as the top card of your discard pile is visible, it can provoke a duel.

Important: Many cards look very similar, but there are slight differences.

When there's a disagreement as to who grabbed the totem first, there's no need to pull like a lunatic.

Players need to check who has the most fingers on the totem first, and, in case of a draw, whoever has their hand under the other's wins.

If the totem is knocked off the table, the attempt doesn't count.

If a player wrongly grabs the totem, they have to take all of the cards that are face-up on the table: Each player's discard, but also any cards in the middle of the table.

The same rule applies if a player drops the totem.

The special cards do not trigger duels, but change the rules of play.

All players try to grab the totem. The first to do so lays all of their face-up cards in the middle of the table under the totem and then begins the new round.

From now on, duels are no longer triggered by matching symbols, but by matching colors. This means that a duel may start immediately.

The effect of this card is canceled out (causing duels to again be triggered by symbols) as soon as one of the following occurs: The totem falls over, a duel begins, or another special card is flipped.

All players flip the topmost card of their stack simultaneously. If any symbols revealed in this manner match, the matching player(s) duel immediately as normal.

If there are no matches, the player who flipped the Outward-Facing Arrows card continues the round.

If an "Outward-Facing Arrows" card causes:

When a player has flipped their last card, it is left face-up on the top of their discard pile and other players continue play.

A player has not won until they somehow get rid of their discard pile.

Remove the "Colored Arrows" card from the deck during setup. If, after a card is flipped, all three players have the same color showing, it has the same effect as if one of the players had just flipped an " Inward-Facing Arrows" card.

Each hand belonging to each player is treated as though it were an individual player. Remove the "Colored Arrows"

cards from the deck during setup. Deal the cards into four equal piles.

The players play the one after the other alternating their hands. This results in the following:

If a duel is triggered, only the involved hands need to grab the totem. Only the cards from the discard piles of the involved "hands" are picked up.

If a duel is triggered between the two hands of a single player, that player must not grab the totem. If an "Inward-Facing Arrows" card is turned over, we suggest you use the good hand to grab the totem with (whichever hand has the most cards in its discard pile).

The game is over when both players get rid of one of their piles or when one player gets rid of both his piles.

We then count the remaining cards and the player with the fewer cards wins.

All other rules remain unchanged. 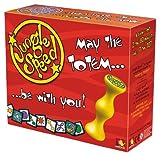 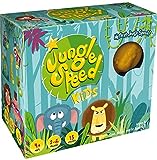 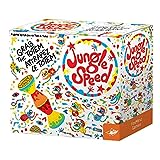