Winter 453: The Huns reign supreme over half of the known world. The great Khan, king of the Huns, is suffering, and there are many who dream of taking his place.

The Khan must appoint his successor. He will choose the bravest and most glorious of his generals, and you intend for that to be you! But you are not the only contender, and you will have to prove your worth.

Mount your fastest horse, and set out in search of conquest and riches! Equip yourself well, make successful raids, recruit the best mercenaries, resist curses, and discover marvelous treasures!

Adorn yourself with glory, win the favor of the great Khan, and your name will be in the history books!

You are the great Khan's generals, seeking to succeed him. In order to do this, you must earn the most Victory Points (VP) by the end of the game. There are two ways to earn VP:

1 Separate the cards by color to obtain 5 small decks:

2 Pile the Valuable cubes of each color in front of the corresponding deck:

These Valuables form the Reserve.

3 Shuffle the Wagon cards to form a deck, and place it face down nearby. Reveal 4 Wagons (face up).

As soon as a player takes a face-up Wagon, immediately replace it from the top of the deck.

The space in front of you, including your player board, your Wagons, and the Cards you place as the game progresses, is called your Camp.

This player takes the First Player token and the 5 dice.

In a 3- or 4-player game, the 3rd player takes any Valuable from the Reserve.

In a 4-player game, the 4th player takes 2 Valuables of different colors from the Reserve.

The game plays out over several rounds, each comprising 5 turns (one per die).

After taking a die, you must take one of the following two actions:

Whenever you choose to Draw Cards, you draw from the deck that matches the color of the die you chose, and you draw cards equal to the value of that die.

Then you choose one and play it face up in your Camp. Tuck the others face down under their deck.

If you decide to Draw Cards, you are obligated to play one in your Camp. So, if you Draw Cards using a die with a value of , you are forced to play the card you draw.

There are 5 different types of cards: Equipement, Raid, Mercenary, Curse, and Treasure.

Example: You take the green die, which has a value of 2, and you decide to Draw 2 Cards.

You play Ildico the Poisoner in your Camp and tuck the other card under the Mercenary deck.

Whenever you decide to Pillage Valuables, you take Valuable cubes from the pile that matches the color of the die you chose, and you take a number equal to the value of that die.

Then you must either:

You can use the Valuables from a single Pillage to fill either of the following:

Example: You Pillage 3 yellow Valuables from the Reserve with the 3 on the yellow die. You can

either place 2 Valuables to completely fill the Mercenary card, returning the 3rd to the Reserve...

But you cannot divide the 3 Valuables between these two cards.

You must load the pillaged Valuables onto one or more of your Wagons, respecting the following rules:


As soon as a Wagon is entirely full, it is immediately dispatched, and you must:

Example: You take 3 blue Valuables, placing 2 on empty blue spaces on your Wagons, and returning the 3rd to the Reserve.

Example 2: You take 2 green Valuables, placing on the green, final empty space on a Wagon, dispatching it. You immediately take a new Wagon with green spaces and place the 2nd Valuable on one of them.

The game phase icon lets you know when you can or must use the effects of the card.

Beginning of the turn: Before or just after taking your die.

After the turn: After finishing your action.

During the turn: Before, during, or after your action.

Anytime: At any moment during the game, even during an opponent's turn.

End of the game: When counting the final Victory Points.

If several card effects are triggered at the same time, the active player (whose turn it is) chooses the order in which they are resolved.

Important: Because there are 5 turns per round, one turn per die, a card whose effect can be applied each turn can be used several times in the same round if you are one of the players who gets several turns this round.

Equipment cards have a permanent effect.

Place the Equipment card in your Camp and benefit immediately from its effect.

At the end of the game, Equipment cards are not worth any points

At the end of the game, Equipment cards are not worth any points.

Raid cards have a temporary effect that only applies one time in the game when you activate it.

Place the Raid card in your Camp. You can activate its effect during one of your turns by rotating the card. A rotated Raid card cannot be activated again.

At the end of the game, each Raid card is worth VP, regardless of whether it has been activated.

Note: You can activate only one Raid card per turn, even if you have several in your Camp.

Mercenary cards have a permanent effect, once activated.

To activate a Mercenary card, you must fill all of the spaces on the card with Valuables.

You place the Mercenary card in your Camp.

If a completed Mercenary loses one or more Valuables during the game, its effect becomes inactive until those spaces are filled again.

Curse cards are the only cards you play in your opponents' Camps.

Curse cards have a permanent effect until they are deactivated.

To deactivate a Curse card, you must fill all of the spaces on the card with Valuables. As soon as the Curse is full, it becomes inactive; rotate the card to indicate this.

Leave the Valuables you used on the card, and keep the Curse card in front of you.


Fleeing: At the moment a Curse card is placed in front of you, you can choose to Flee. If you do so, you immediately flip the card face down, and keep it in your Camp.

Its effect does not apply, but at the end of the game, for each Curse you fled, you will lose as many VP as there are players in the game.

A fled Curse cannot be flipped over again. A Curse that you did not flee immediately can no longer be fled.

You cannot place a Curse in your own Camp.

At the end of the game, face up Curse cards in your Camp neither earn nor lose VP for you, regardless of whether they are full.

TREASURE cards have no effect during the game, but permit you to earn VP at the end of the game if you meet the victory condition.

Place the Treasure card in your Camp.

At the end of the game, each as many VP as the number of players if you have met its conditions.

At the end of a round (when all the dice have been used), if there are no more Valuables of one color or one of the decks is empty, the game ends. It is time to count VP.

Note: It is possible for an empty pile of Valuables or deck of cards to be refilled during the round. If no piles or decks are empty at the end of the round, the game continues.


+Victory Points depending on the number of players in play:


Gain VP for either of the following:

Clarification : You may peek at your Wagon types at any time. How many Wagons you have dispatched is public information; however, you may keep the types secret.

The Valuables in your Stash do not earn you VP.

The player with the most VP is declared the victor!

In a tie, the tied player with more Valuables in their Stash wins.

Certain cards have triggered effects (at the beginning of your turn, during an attack, when a player chooses a die, when drawing cards, etc).. You must be vigilant to make sure you and your opponents apply these effects!

Any card played in a Camp remains in that Camp until the end of the game. There is no limit to the number of cards in your Camp, and they must be visible to everyone. Card effects can modify

the rules and mechanisms of the game; card effects always take priority over the rules.

You are obligated to use every pillaged Valuable if you can; however, you are allowed to Pillage Valuables even if you have no place to put them In that case, they all return to the Reserve as excess Valuables.

Although the situation is rare, you are allowed to perform the Pillage Valuables action even if there are no more Valuables of the appropriate color. If you do so, simply do nothing; you are not required to Draw Cards instead. 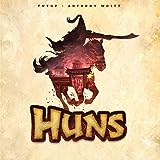