This is the classic letter guessing game with plastic cases to place letters in and to indicate how close the opponent is to being hung.

The word to guess is represented by a row of dashes, representing each letter of the word. In most variants, proper nouns, such as names, places, and brands, are not allowed.

Slang words, sometimes referred to as informal or shortened words, are also not allowed. If the guessing player suggests a letter which occurs in the word, the other player writes it in all its correct positions.

If the suggested letter does not occur in the word, the other player draws one element of a hanged man stick figure as a tally mark.

The player guessing the word may, at any time, attempt to guess the whole word. If the word is correct, the game is over and the guesser wins.

Otherwise, the other player may choose to penalize the guesser by adding an element to the diagram.

On the other hand, if the other player makes enough incorrect guesses to allow his opponent to complete the diagram, the game is also over, this time with the guesser losing.

However, the guesser can also win by guessing all the letters that appear in the word, thereby completing the word, before the diagram is completed. One player thinks of a word and the other tries to guess it by guessing letters.

Each incorrect guess brings you closer to being "hanged". This game helps to sharpen children's spelling and word-decoding skills.

Only words found in a standard dictionary may be used. Proper nouns, people's names, abbreviations, slang and foreign words are not allowed.

Contractions and hyphenated words are not allowed. Spell your word correctly! You will lose the game if you misspell your word! â€¦ To identify the word created by the opposing player. 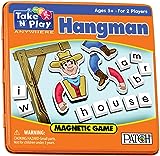 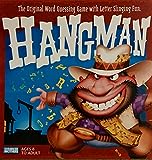 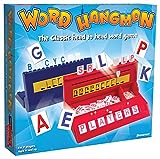