A bluffing game with creatures no one likes.

The players each attempt to 'palm off as many cards as possible on the other players. This is done by offering a card to another player stating at the same time, correctly or incorrectly, what creature is pictured on it. The player who misjudges the other ends up with the card.

The first player who gets four of the same card 'palmed off on him, or who doesn't have any cards left in his hand when it's his tum to offer a card, loses.

With 2 players look on side 11. The 64 cards are shuffled and dealt out face down to all players.

The player going first (Marc, for our example) picks a card from his hand. He lays it face down on the table, slides it over to another player of his choice (in this case, Anna), and states e.g. "Cockroach".

Anna decides to accept the card. Before picking it up, she says loudly ''true" or ''false". "True" when she believes Marc's statement that the card is a cockroach, "false" when she doubts Marc's claim.

Anna decides not to accept the card, but to pass it on. In this case, she is allowed to peek at the card before sliding it on to another player (perhaps Eva).

In addition, Anna must either confirm Marc's statement ''Cockroach" or make a new claim, e.g. ''Stink Bug" ...now Eva has two options, and so on.

A card can be passed on, each time to a player who hasn't seen it yet of course, until it has been passed to every player once.

This player starts the next round by offering a card from his hand.

The game is over:

The game is over:

In both cases the player described has lost. Have fun! 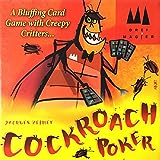 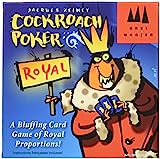 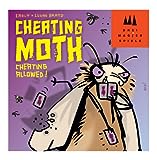