To position all of your buildings within the perimeter walls while preventing your opponent from doing the same.

The Light player starts by positioning the Cathedral anywhere on the playing area, always respecting the grid squares. The Dark player makes the first and each alternate move

The game ends when no further moves can be made by either player. If there are any unplaced buildings at the end of the game, the player whose buildings take up the least number of squares on the board wins the game.

Now play with the Dark player positioning the Cathedral first. At the end, the player with the combined lowest score wins. 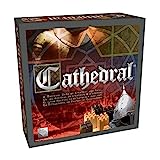 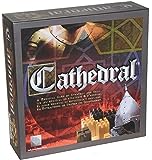 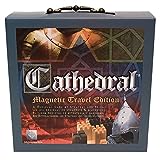